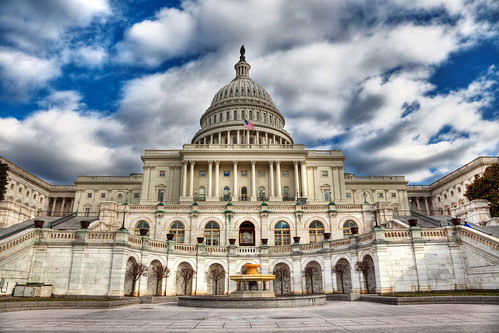 Thousands of Americans suffering under the weight of both medical bills and student loans could find relief if a new bill, sponsored by Rhode Island Senator Sheldon Whitehouse (D, RI), is passed. Senator Sheldon added a provision to a larger proposal tweaking consumer bankruptcy rules that would allow those declaring bankruptcy because of overwhelming medical bills to eliminate their student loan debt as well.

The bill is called the Medical Bankruptcy Fairness Act and, if it passes, debtors will have their student loan debt forgiven–if they paid more than $10,000 in medical bills in the three years leading up to their bankruptcy.

Who would this help?
According to research conducted by law professor Daniel Austin of Northeastern University, more than half the people who filed for bankruptcy in recent years would qualify for this relief. The average person filing for bankruptcy last year had around $8,600 in medical debt at the time—not including money paid into the debt in the three years before filing. And approximately 30% of people filing with medical debt have student loans. It’s estimated that at least 171,000 people who filed for Chapter 7 or 13 bankruptcies last year would qualify for the student loan debt relief.

The bill also contains a provision to help “medically distressed debtors” keep their homes. While many states allow a higher amount, federal law only allows people to keep about $23,000 worth of property. The new law would increase this amount to $250,000.

Will the bill pass?
Unfortunately, even though many people would benefit by keeping their homes and discharging their student loans, the bill is not likely to pass because of strong opposition from the financial-services industry lobby. Despite the looming economic disaster that is the student loan crisis, the bill has only garnered support from two other lawmakers: Sen. Elizabeth Warren (D., Mass.) and Sen. Richard Durbin (D., Ill.).

A spokesman for the U.S. Department of Education, which backs nearly 90% of the nation’s $1.2 trillion in student loan debt, declined to comment on Sen. Whitehouse’s proposal.

More information on the bill can be found here. If you have questions regarding bankruptcy, or would like a free consultation, please contact us here!