Religion in the Workplace: Does Onionhead Qualify? 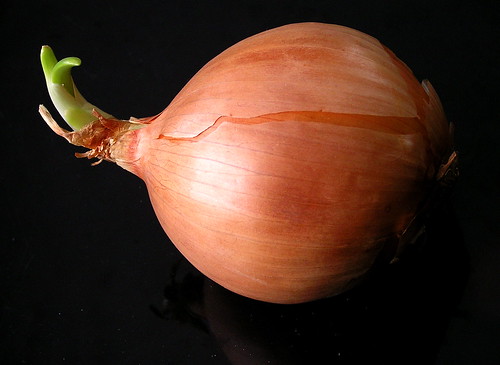 The purpose of the Equal Employment Opportunity Commission is to ensure fairness in the workplace, and when necessary, to use the tools at its disposal to make sure employers are in compliance with the laws protecting employees. In many cases, the infractions the EEOC investigates are cut and dry—circumstances that involve discrimination, unfair wages or retaliation. But sometimes the case is not so obvious, as is the situation for three former employees of a New York-based health network who believe they were subjected to religious discrimination.

The EEOC is filing suit against United Health Programs of America, Inc. for allegedly coercing its employees into following the religious practices of “Onionhead.” Activities they were required to participate in, according to the EEOC’s suit, include “group prayers, candle burning, and discussions of spiritual texts.” Employees were also told to wear Onionhead buttons, set up illustrated Onionhead cards at their work stations and keep only dim lighting in the office.

At first glance, this appears to be exactly the sort of situation the EEOC was created to prevent. Religious discrimination in the workplace is a very real problem, and the issue raised in the Onionhead case is addressed by Title VII of the Civil Rights Act of 1964. The agency’s website states clearly, “An  employee cannot be forced to participate (or not participate) in a religious activity as a condition of employment.” And, according to the EEOC suit, this is exactly what United Health Programs did.

Is This Really Religion in the Workplace?

But there’s a catch. Is Onionhead really a religion? Not according to the lawyers representing United Health Programs. In a letter to the presiding judge in the case, the defense stated that Onionhead is not a religion, but a representative cartoon character “used to peel layers for problem solving and conflict resolution skills.” The cartoon vegetable is mascot and chief spokes-onion for the Harnessing Happiness Foundation which was started almost twenty years ago by a family member of the company owner. The website claims the foundation is a self-actualization organization—not a religion.

Luckily for the employees, the law may be on their side because Title VII has been interpreted using a broad definition of religion. If a moral or ethical belief regarding right and wrong is as sincerely held as a traditional religious belief, the law applies to it the same as if it were a recognized religion. This means that United Health Programs may very well be found to have violated their employees civil rights by requiring them to participate in Onionhead.

If you have experienced pressure to participate in your employers religion or discrimination because of your own religion, don’t hesitate to contact us for a free consultation with one of our employment attorneys.

Home » Religion in the Workplace: Does Onionhead Qualify?